A thousand thanks and kisses to the beautiful souls who helped us making this record:

A million thanks to Philip from Harrison Recordings for once again making this sound like a hungry Nicolas Cage in space!

A big cheers to Magnus Lindberg Productions for his golden tone.

And of course all our love to Eff Kabbe and Wolves And Vibrancy Records for giving this album a cosy home.

You can find "Anthaupt" and our remastered and overdubbed version of "Dresss Rehearsal" (Blade Runneresque approach to Liefdesgrot) now on Spotify (don't) and on our bandcamp site. As always: feel free to pay something if you can. Get it for free if you can`t 🙂

There is a vinyl preorder running for Anthaupt here: https://wolvesandvibrancyrex.bigcartel.com/product/soldat-hans-anthaupt-2x12

And for "Dress Rehearsal" here: https://wolvesandvibrancyrex.bigcartel.com/product/soldat-hans-dress-rehearsal-2x12

Both scheduled for May 20th. Until then: Download these tunes, burn them on cds, give them to your freinds and tell them you love them! Piss Love and Petrolbombs <3@

The first two songs of our new album «Anthaupt» are now available to listen. Jubilant Howl can be heard on Everything is noise and the title track Anthaupt is premiered on The Obelisk.
You can pre-order «Anthaupt» on the store of our label Wolves & Vibrancy. We're also re-releasing our first album «Dress Rehearsal» with a fresh re-master by Magnus Lindberg.

Radio Stadtfilter will broadcast our new album «Anthaupt» in it's entirety: 6 Songs / 66 min.

You'll find it here:
www.stadtfilter.ch
or at 96,3 MHz around our area.

We feel very honored and are thankful for this opportunity to share these new sounds with you all. Through ancient radiowaves, since the pressing plants once again belong to the rich and beautiful.

We recommend to prepare yourselves for this little séance accordingly 🙃

On our Part, we'll surely be raising some glasses of well aged Rum and have some candy-scented candles burning.

It took some black magic, but our album is now MIXED! 🖤
Thanks to the work of one fine Gentleman Philip Harrison
Cheers!

So, all the tracks for our new album have been recorded and are now being mixed by Philip Harrison.
Hard Love from the Hans

Our dear friend Clemens has decided to leave the band. Although it breaks our hearts to let someone go you've spent the last 18 years playing music together, we wish Clemi all the best. From the buttom of our souls! Clemens "die Klemme" Clemente, we love you! And we will miss you very much :( That's why we played a cover of one of the greatest songs about heartache we know. Godspeed, dear friend!
Facebook video

The Ostfest in Bern was great, thanks to anyone involved.
Our next concert will be in our hometown Winterthur in October.

In about a month we will embark on a second journey to Italy and will play two concerts there.

Our first concert of 2019 was just announced. We will play with the mighty Abraham in May. More details can be found on the page of the Fri-Son.

Unfortunately the concert in Schaffhausen on the 07.12.2018 was cancelled due to circumstances beyond our control.

We will be playing a few shows in Switzerland in the next months. See Shows for more information about dates and places.

You can order the vinyl of 'es taut' through our Bandcamp page now! We also sell two t-shirts with artwork designed by us, you can find them under the Merch tab.

Prelisten our new album 'es taut' on Cvlt Nation.
Preorder is available via Wolves and Vibrancy.

We're extremely happy to finally share the first track of our new record with you: story of the flood. You can listen to it on Invisible Oranges and also read the beautiful words by Jon.

More good news, our record release will take place on the 28th of April at the Gaswerk. We will play the Düsterfest with Esben and the Witch, Wrekmeister Harmonies, O, Rue des Cascades and Last Minute To Jaffna and are super excited to play there.

Last month we were on the road in Italy with our hometown friends from Rue des Cascades and also played two shows in Basel and Bern. Thanks to Last Minute to Jaffna, Oli, Hirscheneck, Steiner, Krane, Miriam, Joe, Dachstock, John Judkins and Scott Kelly and of course Daniele from Forlet Sires the spectacular light.

We're very happy to announce that our new record will be released in April 2018 through Wolves And Vibrancy Records as 2 x 12'' Vinyl.
It' s a great pleasure to be under the roof of this schnieke label!

The last few concerts in Marburg, the Villa K. and St. Gallen were great fun. Thanks to Mano and Brache, thanks to Fabian from Wolves and Vibrancy, thanks to everyone from the Villa K. and thanks to Unhold, Preamp Disaster, Daniele for the light and Joshi from the Grabenhalle. And of course thanks to all the people who went to our concerts, you're the best.
We'll play our last show of the year on the 23rd of December in Nidau.

The live recordings for our new release are done! Shoutout to Philip from Chucky! Music Productions for working with us again.

We're currently working on new material which we'll hopefully be able to play and record later this year.

We would like to thank Unhold for having been on their rope team during this beautiful Alpine Coalition Tour. Also many thanks to the nice venues who gave us shelter and the great bands we were able to play with. Thank you for coming out into the cold to see us play. Kisses and hope to see you all next year!

We're pretty glad to join the Alpine Coalition Tour 2016 with The Unholds this december! See Shows for more information about dates and places.

We have two concerts lined up in the next month. First we will play the End of Music Festival in Heidelberg on the 18th of June and on the 3rd of July we will be playing with Wiegedood and Ker at the Ebrietas in Zürich.

Our concert in Zürich was a pleasure, thanks to all the involved people including Scott, Colin and Ansgar. There are some pictures on our Facebook page, so check them out.
We also have a new concert to announce, for the first time we will be playing in Bern. On the 14.04. we play together with Buried at Sea at the ISC.

Our last two concerts of this year are over and went great, many thanks to the people at Gaswerk and at KuZeB and of course the bands we played with. We have also a new concert announcement, on the 1st of February we will play as support of Scott Kelly (of Neurosis) and CHVE (of Amenra)!

We will play another concert in December, together with kála. The venue is the KuZeB in Bremgarten and the date is the 18th of December.

On the 11th of December we will play our next concert with two wonderful bands. At the Gaswerk, we play together with Radare, which just release a brillant new album and our old friends of Rue des Cascades. Check out the Facebook event for more infos.

We will be playing a concert at Rümpeltum in St. Gallen together with Carson on the 5th September.

The two concerts last month were great, thanks a lot to all the people who came to listen. Many thanks also to the artists we played with, Fogel and Rue des Cascades in Winterthur and Sum of R in Basel, it was a pleasure. And at last thanks the organisation at the Salzhaus and the Block 56 resp. Deep Drone and Radio Stadtfilter for broadcasting the concert!

We will be playing two concerts in Switzerland next month. On Friday, the 13th March we play at the Salzhaus, Winterthur with Fogel and Rue des Cascades. And one day later we play at Block 56, Basel with Sum of R. See the Facebook event pages for more details: Winterthur, Basel.

Our full album can be listened to on Bandcamp and Soundcloud. Check it out now!

Our gig in Poznan was moved from RYSY to LAS, which looks like a really nice venue..

Our first track "Meine Liebste. Sie zerbricht sich." can be heard on our Soundcloud page, so head over to it now. Bandcamp and Youtube links will pop up in the next few hours.

Have you already seen our gorgeous tour poster on the right?
Click on it for a full-size version.

The mastering was done in Oldenburg by Role of Die Tonmeisterei. We are excited to select one of the four(!) versions he provided.

The dates of our gigs in Regensburg and Plzen have changed (see Shows for more information).There are more news regarding the album, right now it is beeing mixed by Philip Harrison and us and will be mastered this month!

We have finished the live recordings of our new album. See our Facebook page for a number of fotos from the studio. Vocals and overdubs are still ongoing.

The tour planning goes well. We can play the Gaswerk, Winterthur for the double record release party with Viaticum. Also we have new concerts lined up in Regensburg and Plzen.

We are still in need for venues in various cities or surroundings (see Shows for more information). Feel free to contact us for suggestions.

We are currently booking shows for a Germany / Czech Republic Tour in November 2014.

We will be recording our debut album at Chucky! Music Productions in August.

No shows announced for this time. But stay tuned! 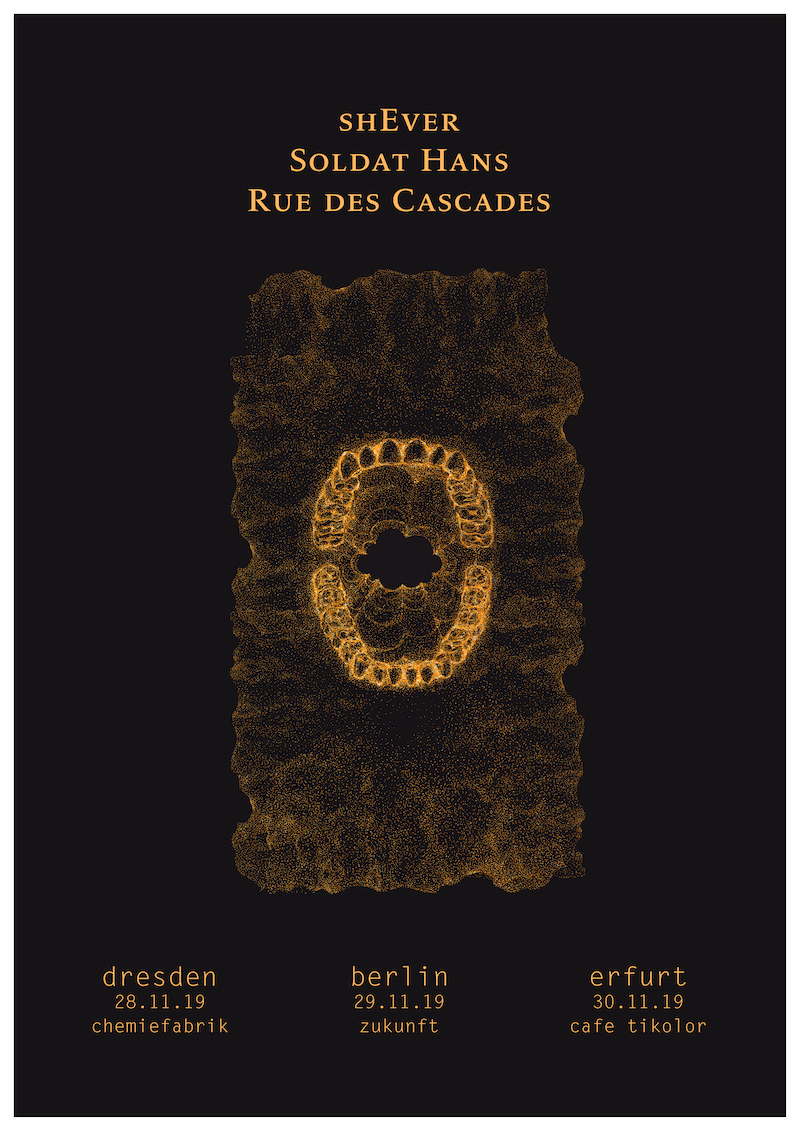 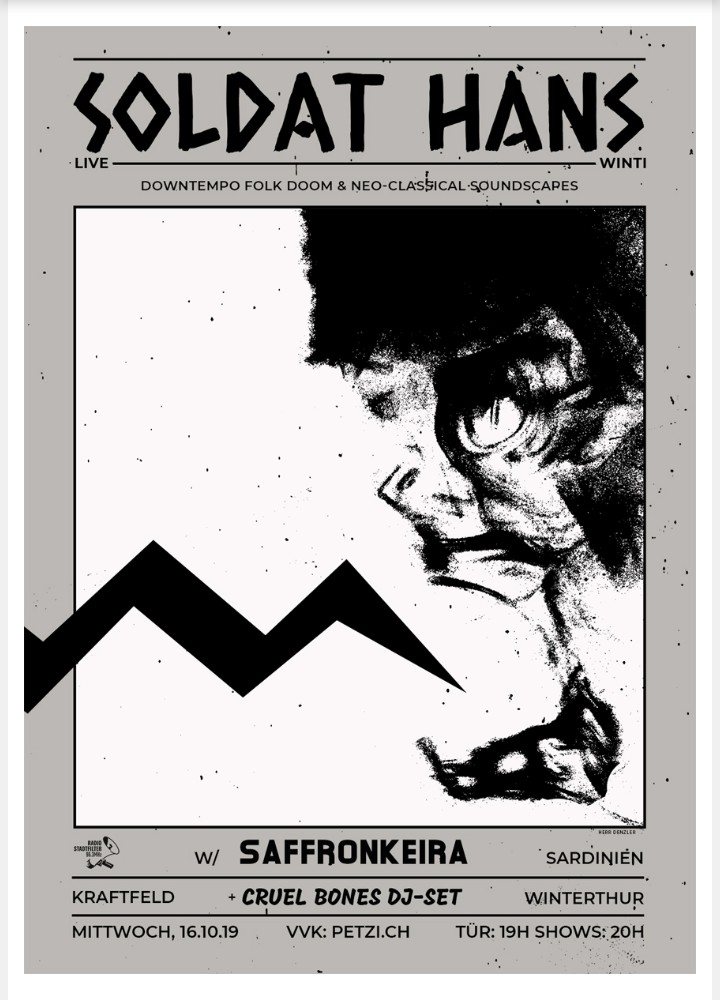 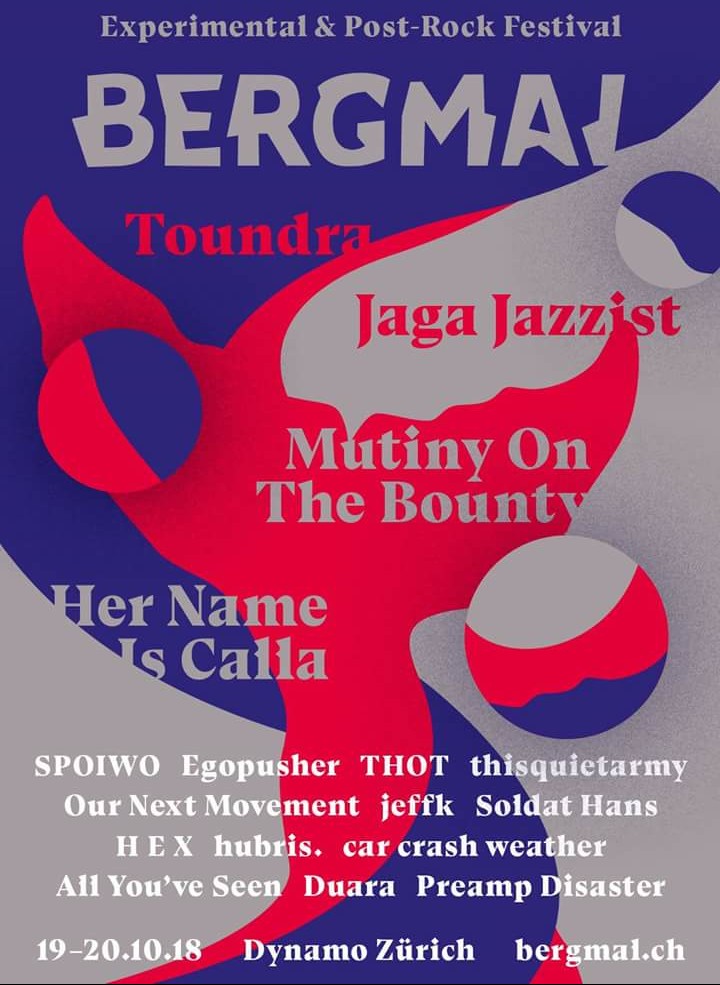 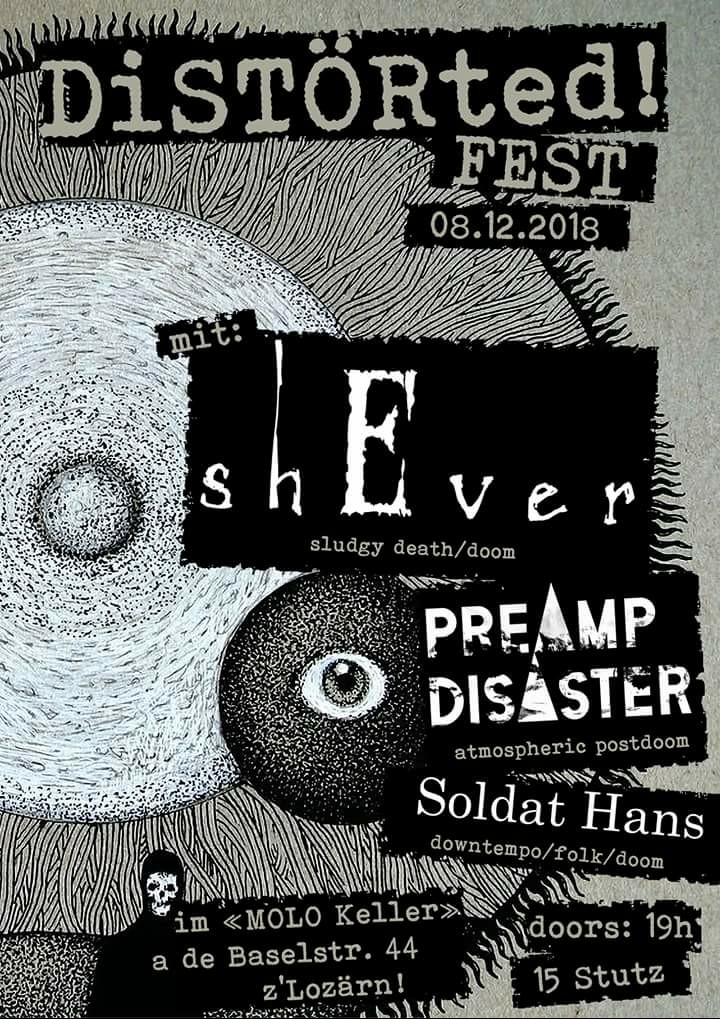 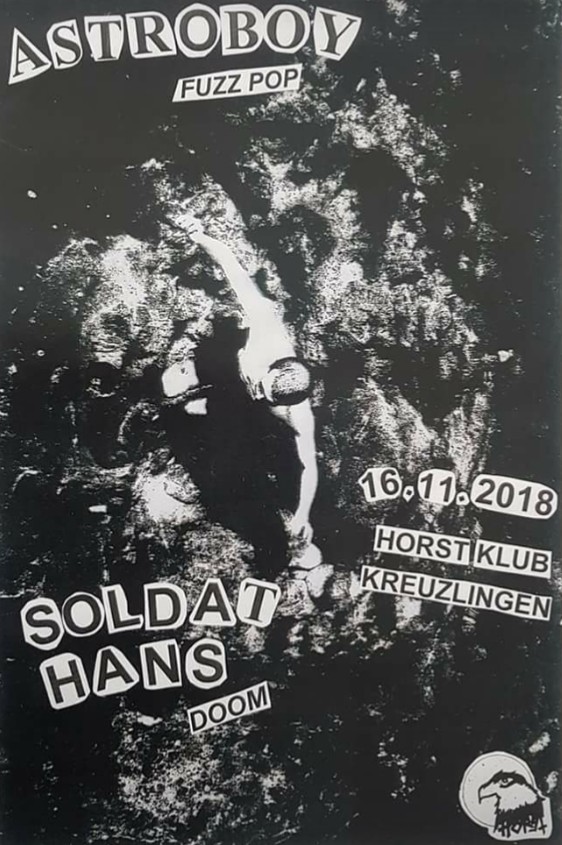 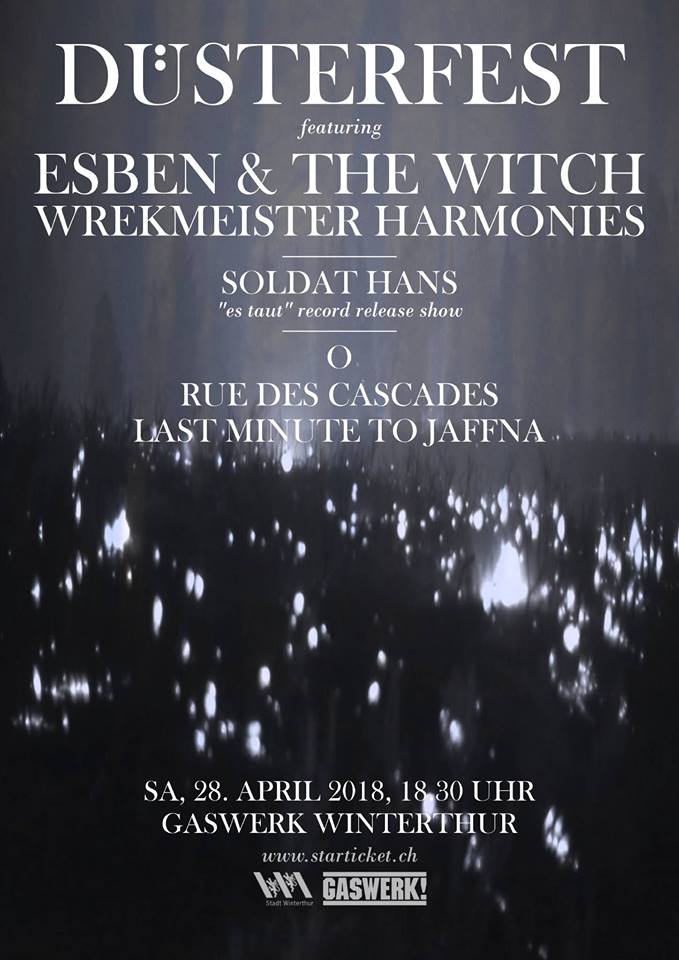 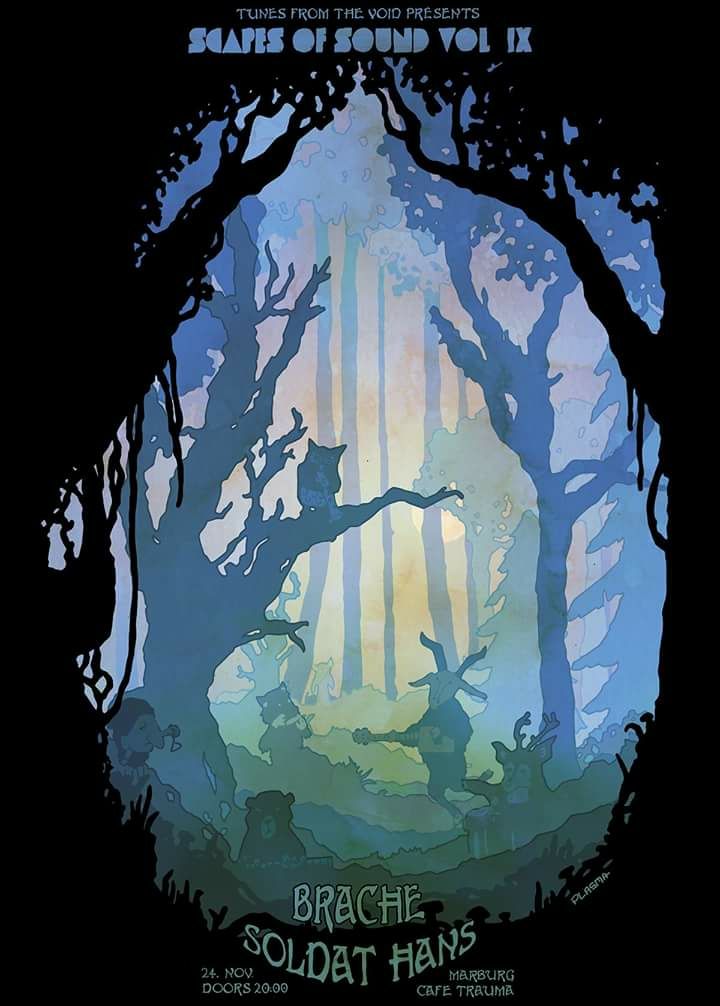 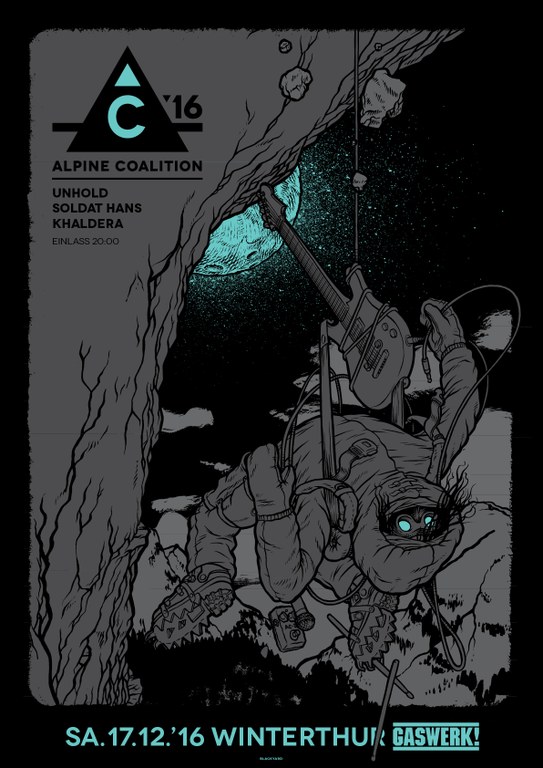 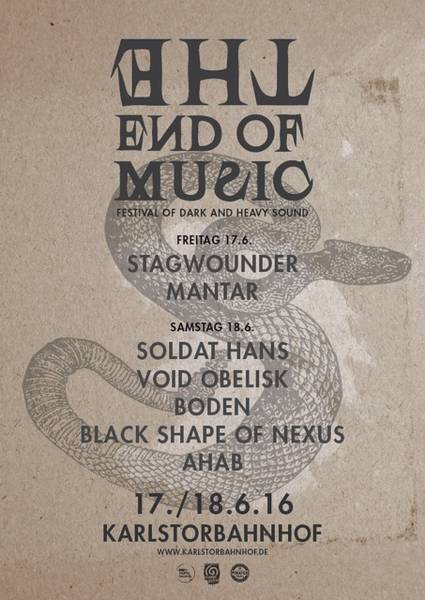 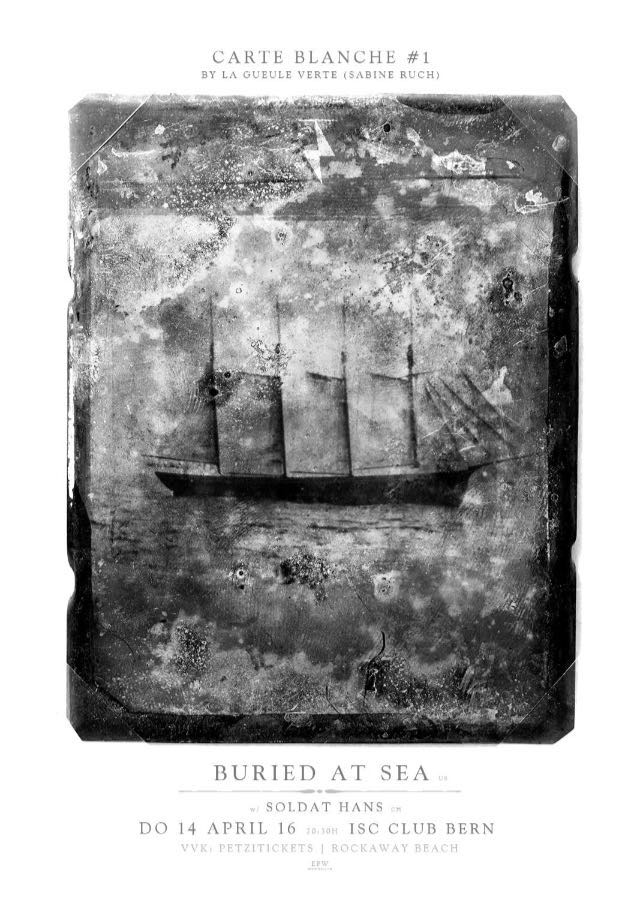 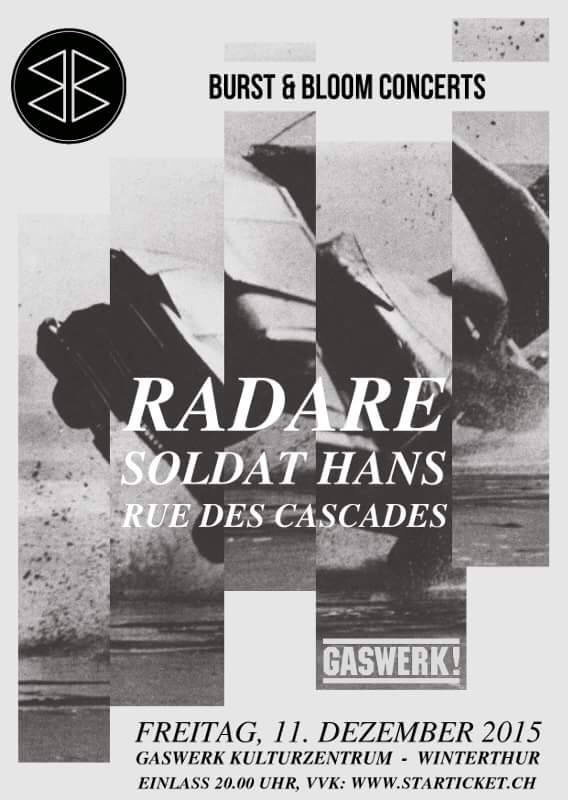 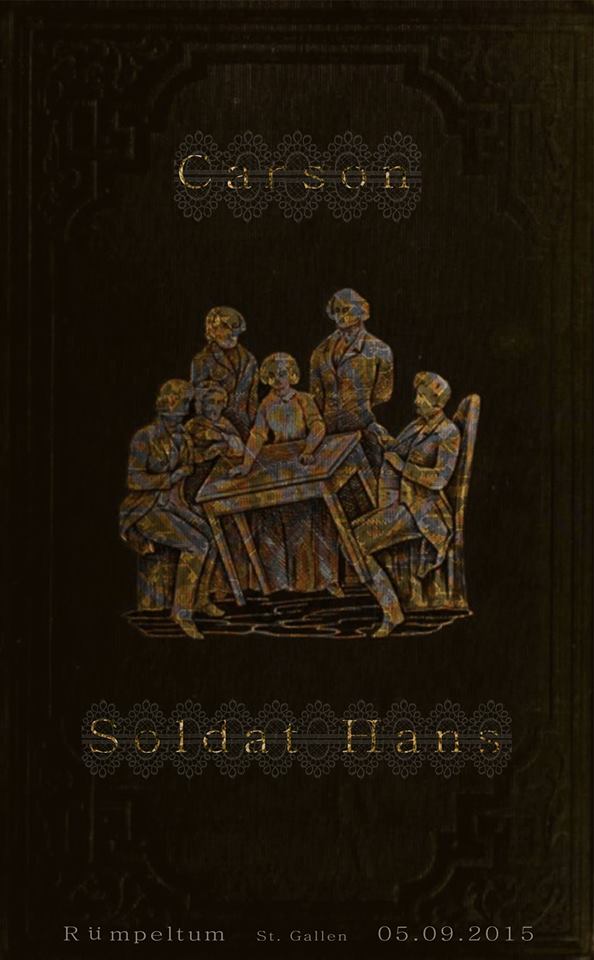 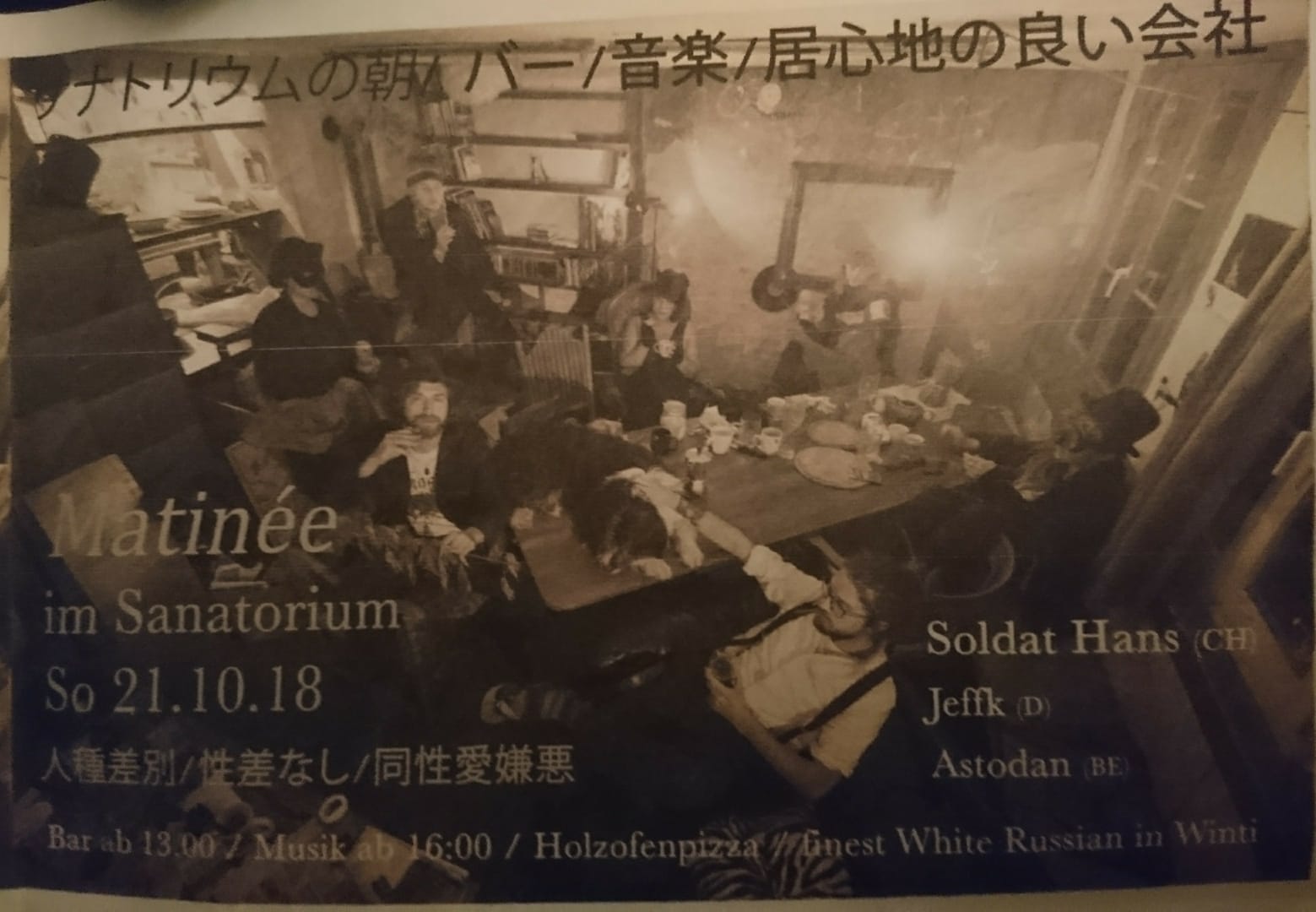 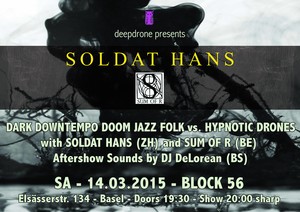 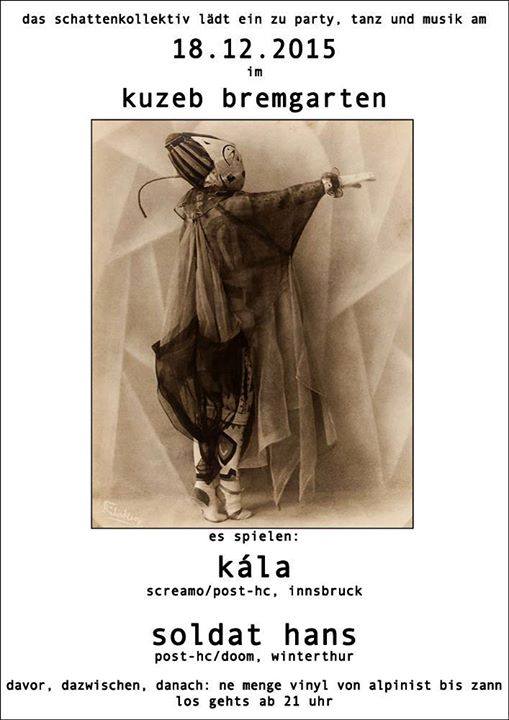 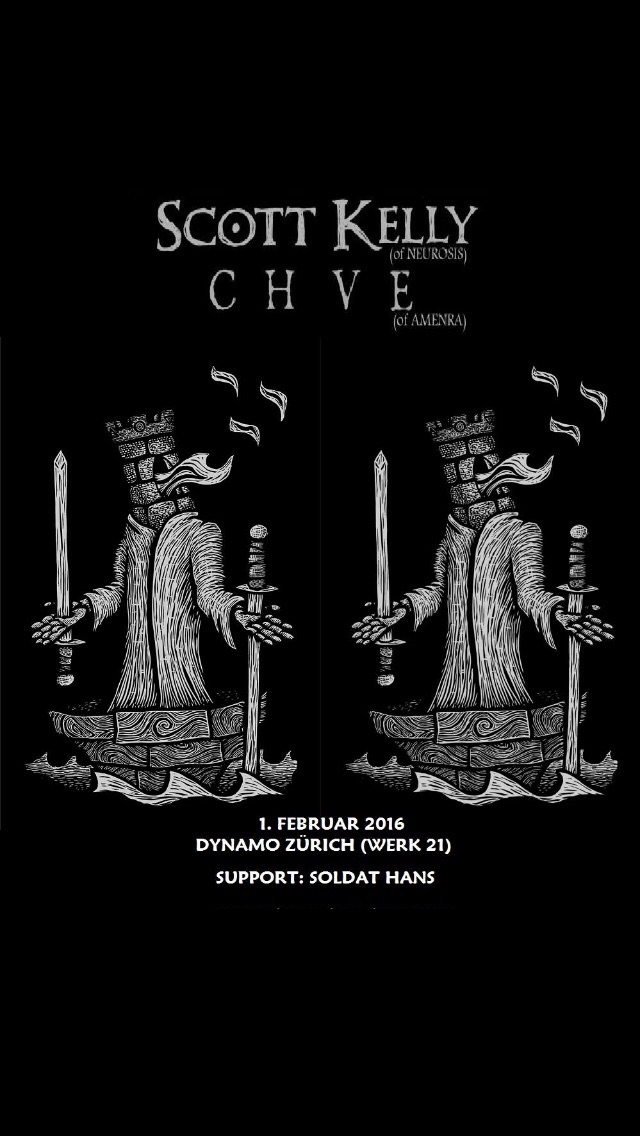 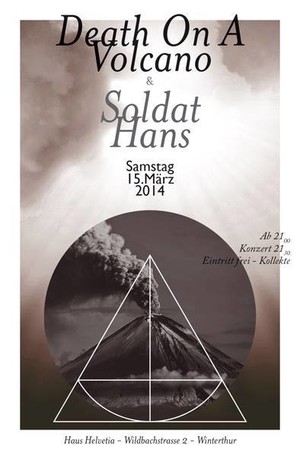 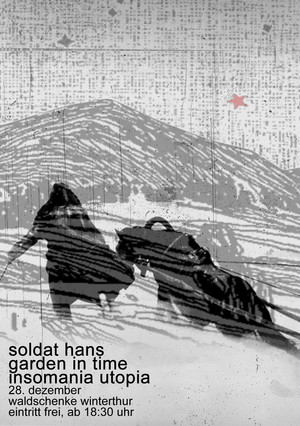 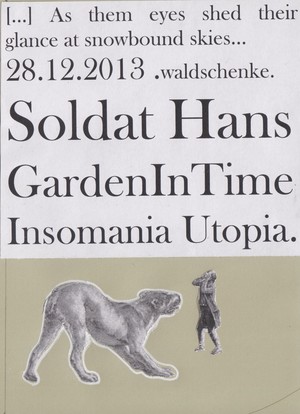 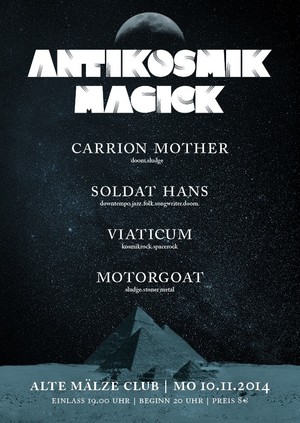 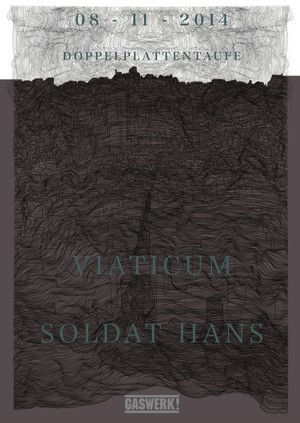 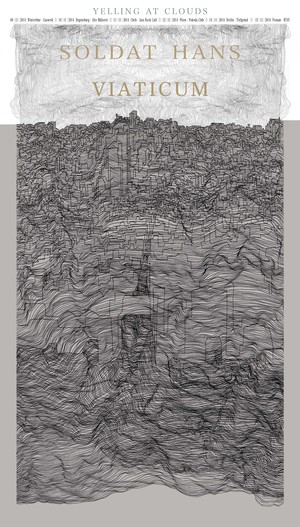 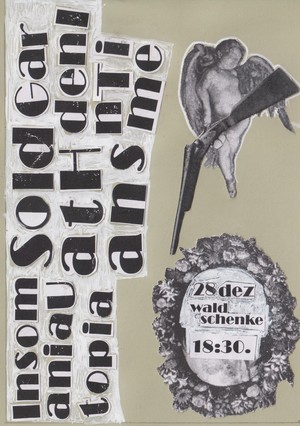 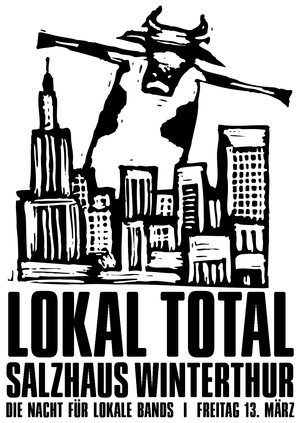 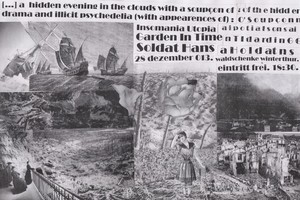